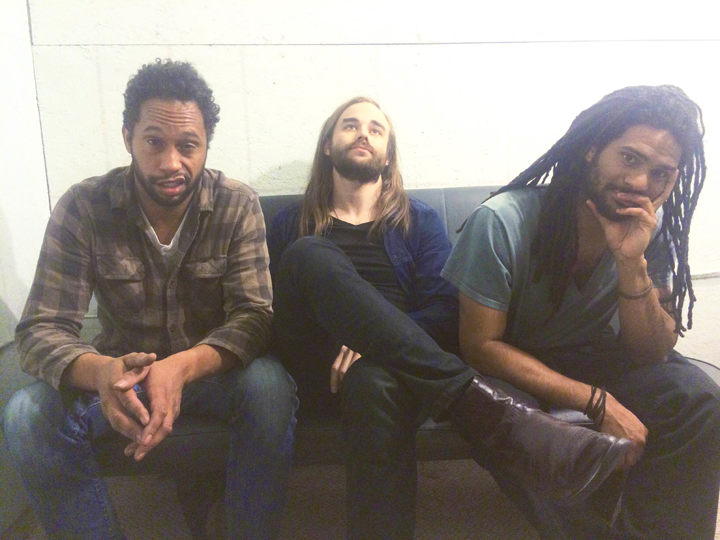 In December 2010, Mike sold his bass and bought a drum kit. Pierre bought a cheap microphone and plugged it into a practice amp. Like their good ol’ days growing up in Jackson, Mississippi, they were playing the blues! Within weeks of forming their two-piece juke group, they met Ryan Lynn. The friendship came immediately and once Ryan picked up the bass, the music quickly followed. By combining musical elements from the genres they loved, the songs poured out in an inspired fury. Only three months after meeting, they chose the name of the folkloric slave hero, John the Conqueror, and took to the stage playing their own blend of the southern rock from their childhoods, the punk of their adolescence and the blues and soul they had always held closely. With a little help from the fabled John the Conqueror magical powers, they signed with Alive Naturalsound in 2012.

Black Country? Blues? Deep Blues? Rock ‘n’ Roll? “The Good Life” is American music done with passion and care, drawing plenty from the past and gleaning just as much from the present. Whatever you call it, just make sure you have the windows down and stereo cranked. Deep fried and defiant, John The Conqueror demands you turn up and listen loud. – BLACK GROOVES 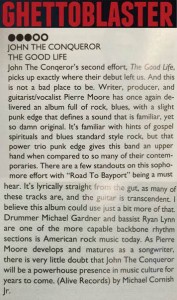 There's more soul in the opening 10 seconds of "Get Em" than in most major label output combined in the past decade. - Benjamin Ricci / PERFORMER MAGAZINE

John The Conqueror are a testament to the deep history of the delta. They are born of the blues, with a few adders in the mix. The trio is soulful to their core, with devious undertones reminiscent of a voodoo child, slight return (credit). – BLUES ROCK REVIEW

They bottle everything that's untouchably Tarantino-cool about America. - The BLUES

These ten tracks explore a blues catalogue where hedonism, whiskey and women become focal points. They highlight the roadhouses and honky tonks they first learned to cut their teeth on ("Mississippi Drinkin'") as well as the influences that have been turning them on for decades. "Road to Bayport" opens with a nod to Jimi Hendrix while "Let's Burn Down the Cornfield" breathes new life into Randy Newman's original number. But perhaps what impresses most is the fiery "Daddy's Little Girl", a track tailor-made for Janis Joplin. A bluesman inside and out, frontman Pierre Moore pens a song with integrity and honesty, making it seem as though his experiences are ours, too. – STAGEBUDDY

A band of exceptional quality.  – PENNYBLACKMUSIC

Back in ye olden tymes, electric blues was a perfect mix of urban and rural – the sound of artists who grew up in the country interpreting the sound of the city. Unlike the majority of its city-bred contemporaries, blues rock trio John the Conqueror strikes the balance perfectly on its second LP The Good Life. – BLURT

Sounds like the work of a supergroup power trio made up of three vets who just wanted to get together and lay it down, making gutsy, raw, bluesy music for the sheer joy of it. The fact that this is the first time in a studio for the members of this band is mind-blowing. – JAMBANDS (review of S/T)